What is SAP S/4HANA for Group Reporting?

Now, it is time for an update on the developments in the last six months. In this article we discuss the most recent and interesting changes in the last (on-premise) version: 1909.

For Group Reporting, SAP releases yearly major updates for the on-premise version of the software. Last September, the 1909 version was released, containing major improvements. In the table below, an overview is shown of the improvements of both the 1909 and the preceding 1809 version. It is clearly visible that the developments are significant. In the coming paragraphs, we will discuss some of the most interesting changes: 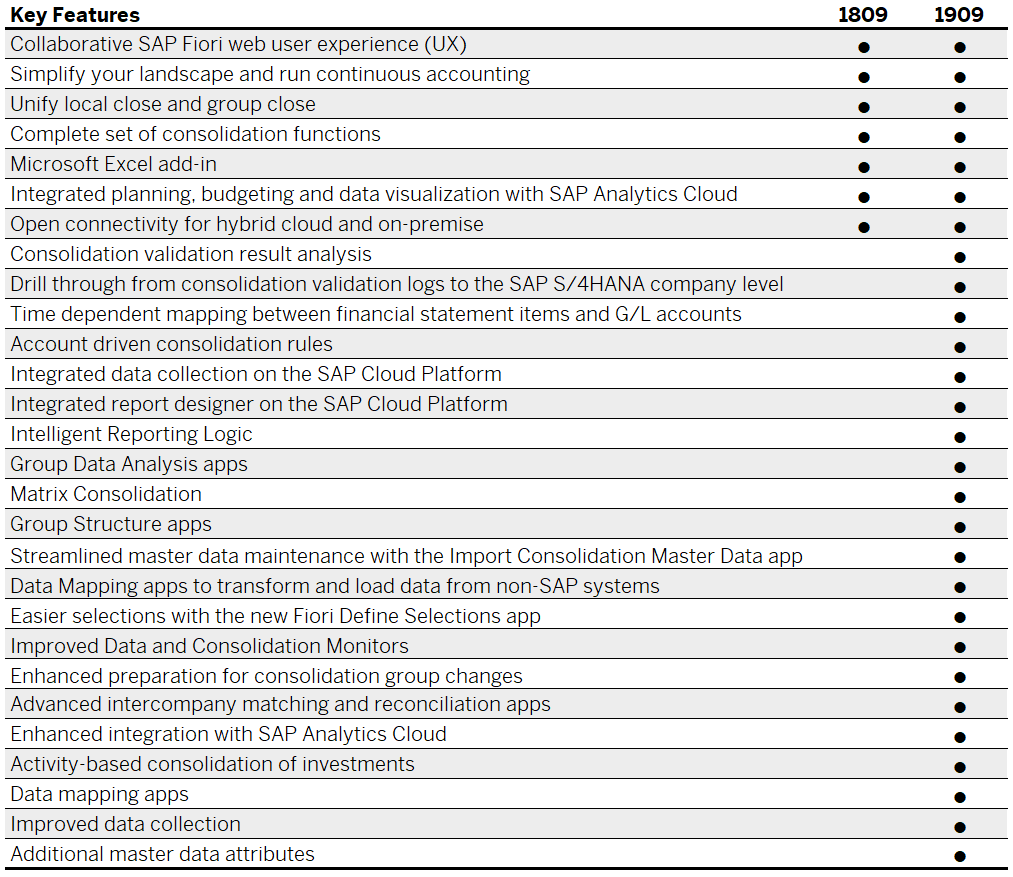 The intercompany matching and reconciliation has always been, and still is, a time-consuming phase in financial reporting cycles. In Group Reportings 1909 release, considerable improvements have been made in the efficiency for these activities. In the new apps, the following functionality can be found:

In the cloud version of Group Reporting (and later on also the on-premise version), data mappings are available. Using these mappings, non-SAP sources can be mapped to the S/4 Finance tables and data be loaded. Both the data as well as the mapping itself can be loaded into the system, allowing local entities to take responsibility for mapping their local chart-of-accounts (CoA) to the group chart-of-accounts:

The import of data from external sources and mapping of dimensions has been standard functionality for many years in most consolidation systems. In Group Reporting, due to the internal S/4 Finance focus, the mapping was still missing. Since version 1909, this functionality-gap was closed by adding the mapping option. This greatly increases the possibilities of using the system for many organizations that have entities on non-SAP source systems.